Happy New Year, and all that Jazz…… 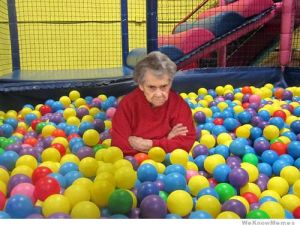 One of my (few) New Year’s resolutions is to write more and read less: more specifically, to write every day, and to spend way less time reading online. Although I’ve bypassed the black hole of YouTube addiction (by watching videos practically never), I must confess how often, given a blank chunk of free time, I squander it on indiscriminate and unsatisfying computer reading. It starts innocuously enough, with a cup of tea and a perusal of the news (world, regional, and, sadly, the non-news of Celebrityville), the weather (where I live, and all the places my family members live – the need to know is in my gene pool), then on to my default online magazine, the one I love to hate, and from there… to wherever links and my random queries take me. I learn a lot about movies I’ll never see, books I’ll never read, and people I never want to meet. I’m a sucker for columns about practically anything that include pithy comments sections. (For those with similar proclivities, let me steer you clear right now of Slate’s “Dear Prudence” column: each edition spawns upwards of 2.5 K comments — and that’s considered a slow day). Of course, I never read ALL the comments – but it’s the “just one or two more” syndrome that can easily swallow an hour in one indulgent, and often pointless, session.

Meanwhile, the world turns, time races into 2015 – 2015!! – and I feel the weight of More Important Things procrastinated. Some of those things are people I do want to meet, books I want to write, and the ‘Turn, Turn, Turn’ series I want to complete.

As soon as I’ve put in my requisite writing time today (yes, I’ve made a work-and-rewards deal with myself), I’m going to Google “people who hate New Year’s” and see if there’s another name for people like me.* It’s true: I’m a hater. I went to bed early this New Year’s Eve, as I am wont to do, and lay awake trying to trace the roots of my disenchantment.

I thought about a few drunk and regrettable New Year’s Eves, many lifetimes ago, and about two New Year’s Eves when I lost beloved dogs (one to poisoning and one to theft), and about a -40 degree New Year’s Day in the late 70s when I flew into Edmonton with my dying fiancé. I thought about other wintry new years when I dreaded the end of Christmas lights and the beginning of the long, dark trudge to a belated spring. (Those of you north of the 53rd parallel know what I mean). I thought about my many years in the ministry, when New Year’s meant a two-day compulsory workshop, along with the setting of far too many personal and group goals. I thought about a New Year’s poem I wrote at the end of 2011 called “Year of the Cloud”, and how 2012 turned out not to be the year of change I desperately wanted. (Thankfully, things did turn around by 2014.) But it’s not just about the memories.

Lately it’s been more about another year fast upon us and all too soon. It seems I just finished choosing this year’s wall calendar (granted, I always wait till late January for the markdowns), and December’s over. The feelings this evokes are like dreams I have where I’m still young, maybe in my twenties – till suddenly realize I’m not that young girl anymore, and I race through the decades to meet my current age in disbelief. And wake up wondering, truly, where the all that time went.

So maybe those are enough good reasons to hate the season.

Along with my seasonal loathing, I’ve tended to avoid making resolutions; being in this melancholy mindset is not conducive to setting cheery goals. But 2014 was a much better year. I have lots to be thankful for – and I am. So this year I’m making some gentle resolutions — and hoping that my simple reading and writing goals will be good for my soul.

Another thing I’ve thought about is my reluctance in getting back to the blog. I know it’s been a healing endeavour for me and for many readers. Part of my reluctance is due to timing: I made a big move in the midst of writing the series (see previous blog entry, House Haunters: Kelowna Edition, for details), and it sprung me into an entirely different mindset. But now we’re mostly settled, and, like last year’s taxes, the unfinished must be faced.

Another part lies in where I left off writing. The next entry is all about grief work and healing, and it’s a weighty subject – perhaps the weightiest – for me to unpack and revisit. Grief has shadowed much of my life, and now that I’ve finally learned to work through it, I’m reluctant to go back, even just to record the journey out. But I know it’s important for me to share what I’ve learned and finish what I started. So I’m recommitting.

Please pray for me to complete the whole series, heart and soul, in the upcoming weeks. I also want to wish every one of you a fulfilling, joy-filled, productive new year. It’s January 3rd as I write this, so I’m saying it unprompted and ungrudgingly:

I deeply appreciate your readership and comments.

* About that Googling… It turns out there are lots of us; we’ve been dubbed “refuseniks”, but I think someone ought to come up with a better name (less political?) and start a club. Maybe we could all celebrate on March 21st – if that’s not too pagan. And without the silly hats, please.